More
HomeBusinessWhat is the Employment Situation in Toronto? 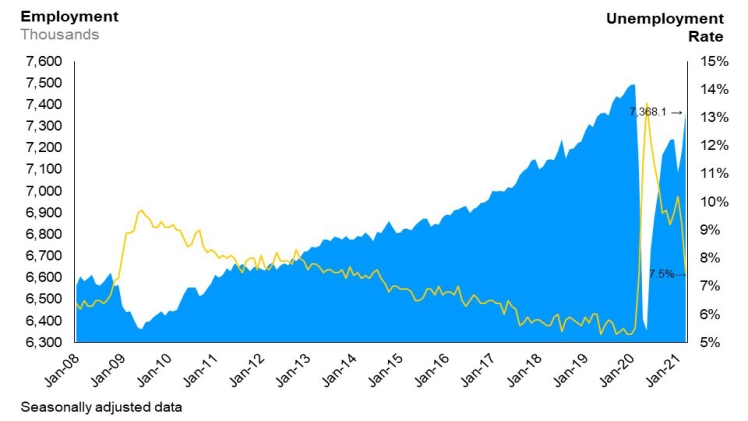 If you are planning a move to Toronto in the near future, you probably want to begin familiarizing yourself with the employment situation in the city, including unemployment rates, average salaries, and biggest industries.

In general, while Toronto’s unemployment rate is slightly above the national average, it has come down from its peak and remained consistent over the past few months. In addition, the average salary in Toronto has been consistently rising and generally keeping pace with inflation.

Overall, these factors indicate a healthy economy and job landscape in Toronto. For even more information on the job situation, especially if you are searching for work for yourself, consider these top industries and employers in Toronto:

Toronto is generally considered the business and financial capital of Canada. With many banks and brokerage firms, including five of the largest financial institutions in the country, headquartered in Toronto, it is no wonder that there are plenty of jobs in this sector.

If you are looking for a job in banking or finance, you will certainly have some options in Toronto. Bay Street in the Financial District in Toronto is basically the Canadian version of Wall Street in New York City. Overall, the business sector in Toronto is booming, and definitely a boon for the employment situation in the city.

If you have experience in media, communications, publishing, or film, Toronto is a great city for you, and the employment situation will be in your favor. Toronto is also a major center for media in the country and is home to such companies as Rogers Communications, Bell Media, and Torstar.

Toronto is also known as “Hollywood North” with many major productions for film and TV have been filmed in Toronto due to the lower production costs. In fact, Toronto’s landmarks and skylines have been featured in American productions to represent Chicago and New York. So if you have experience in film, but prefer not to be in Los Angeles, consider Toronto.

Technology is another booming sector in Toronto and recently offered more job openings than some other North American tech hub cities including the San Francisco Bay Area and Toronto. Like the film industry and LA, if you are in the tech industry but prefer to not be in the Bay Area, consider Toronto.

In fact, Toronto is considered the third largest tech city in North America after Silicon Valley and New York City. There are many tech companies headquartered in Toronto and a strong environment for startups.

Real estate in Toronto is another important part of the employment situation. With the demand for housing in Toronto and the high cost of real estate in the city, it is clear why this industry is in demand.

If you have experience as a real estate agent, or are considering a career change to this sector, Toronto would be a welcome city for this type of employment.

Overall, Toronto has many things going for it as far as employment, including a robust and diverse economy with employment potential in a variety of industries. Read more Dizymail

Amazing benefits of cloud bookkeeping for your business today: