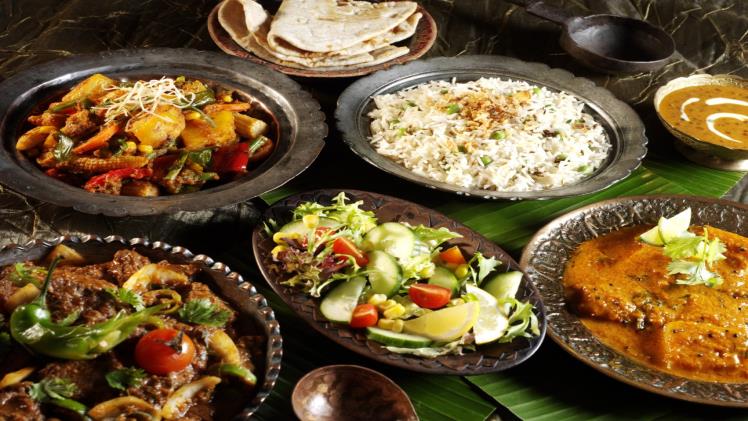 The Most Popular Indian Food to Try in a Foreign Country

Anything that can be eaten is a surefire way to win someone’s affection. When it is about Indian food, people’s feelings become even more deeply ingrained. The enormous range of foods that go into making up Indian cuisine always have something suitable to eat no matter the event or the time of year. The creation of new flavors, the melding of different dishes, and the testing of various flavors are all done in the name of a religion that we call food.

The cuisine of India is gaining a lot of popularity not only in India but also all over the rest of the world. Given the abundance of options, we wouldn’t accept anything less than the best. The following is a list of the best dishes that are considered to be the most popular Indian dishes around the world at Indian restaurants.

It takes the best of the popular Indian food in the world and combines them into one delicious meal. It should come as no surprise that Western audiences adore it when they visit Indian restaurants. The thick and creamy texture of the sauce is achieved by combining a number of spices. After that, this is combined with the chicken and marinated for a number of hours to really bring out the flavor. Then, it is given a brief turn in the tandoor before being presented to the customers with garnishes consisting of butter, cream, and green chilies.

Contrary to popular belief, it did not originate in India. It was first developed in Britain and is typically fierier than its counterpart of a similar color. No matter what restaurant you go to, you can’t go wrong with ordering this tasty and spicy food.

Do you have a craving for something that is unquestionably mouthwatering? Take a look at Tandoori chicken, which is flavored with spices. When the chicken is cooked in a tandoor,  the meat is coated in yogurt and spices, most notably red chili powder, which gives the chicken its distinctive crimson color. After that, it is charred and roasted in the tandoor. It is seasoned with various spices.

The southern region of India is the origin of this dish, which is typically prepared with rice and lentils. It is served as a side dish to a curry meal, where they are consumed while hot. It can also be consumed as a snack after being stuffed with veggies.

It’s yet another well-known Indian dish that has seen its popularity skyrocket in recent years. From our point of view, this is an excellent meatless substitute for butter chicken. Lentils that have been cooked over a long period of time are served hot with tomato puree and butter. It has a scrumptious flavor that can be enjoyed best when paired with naan.

You don’t need to look any further if you’re looking for something that’s a little bit drier. It’s possible that it is exactly what you’ve been looking for all along. The dish that stands out as being sharper than others is known as biryani. This is due to the large number of spices that are used for cooking it. Rice, lentils, and your selection of either meat or veggies can be found in the base of this dish. You can also add other ingredients. A plethora of spices brings out the best qualities. If you spend a bit more money, you can add saffron in order to give it an extra kick of flavor.

It’s known for being elaborate and flavorful to an extreme degree and possesses its very own flavor. It’s a dish that is unique to Indian cuisine and can be prepared in a number of different ways. It’s healthy and delectable, thanks to the fresh green spinach and the cubes of paneer, which complement the paneer’s milky richness. Because it contains no condiments and only a modest amount of spice, it has become a well-known Indian dish throughout the world.

The Mughal emperors were culinary geniuses. They were the pioneers who brought the art of making kebabs to India. It has spread all through the world. After being seasoned with a wide range of herbs and spices, ground beef is threaded onto skewers and grilled on a charcoal fire.

You are now aware of the top Indian foods near me that you can order at Indian restaurants around the world because you have found here the most popular types of Indian cuisine. You can enjoy all these foods and others at 68 Indian Bistro in Highpoint.